Although widely used in our daily life, lithium (Li) -ion batteries fall short because the materials used are often scarce, toxic, and expensive. They also have safety issue in operation due to their organic based electrolytes. Beyond lithium-ion batteries, a low-cost magnesium (Mg) metal anode based aqueous Mg-ion battery has been developed first time by Professor Dennis Leung’s research team in the HKU Department of Mechanical Engineering. As Mg is the 5th most abundant metal element in the earth’s crust (three orders of magnitude more than Li), the advantages of low cost and non-toxicity make Mg a desirable alternative to Li as the anode material. The proposed battery shows a high discharge plateau of 2.4-2.0 V and an excellent rechargeability for over 700 stable cycles. This high operation voltage exceeds the counterpart of other multivalent-ion batteries, including zinc (Zn) metal and aluminum (Al) metal batteries. The mechanism behind was also revealed, where a conductive metallic oxide layer was facilitated by the chloride (Cl-) ions inside the water-in-salt electrolyte, providing ionic pathways for rechargeable battery operations. The team hopes that the chemical insights obtained in this work could inspire further optimization and bring attention to the overlooked development of rechargeable aqueous Mg metal batteries. This work uncovers the once dismissed possibility of aqueous Mg metal batteries and opens a new avenue in the field of post-lithium-ion batteries. Other project team members are Dr. Wending Pan (Research Assistant Professor) and Miss Sarah Leong (PhD student).

Professor Dennis Y.C. Leung received his BEng (1982) and PhD (1988) from the Department of Mechanical Engineering at the University of Hong Kong. Professor Leung is now a full professor and head of the Department of Mechanical Engineering specializing in environmental pollution control and renewable & clean energy development. He has published more than 500 articles in this area including 340+ peer reviewed SCI journal papers. His current h-index is 84 with total citations 39000+. He is one of the top 1% highly cited scientists in the world in energy field since 2010 (Essential Science Indicators) and named as a Highly Cited Researcher by Clarivate Analytics from 2017-2022.  He has delivered more than 80 keynote and invited speeches in many conferences as well as public lectures. He is a chartered engineer, a fellow of the HKIE, IMechE, and Energy Institute. Currently he serves as an Associate Editor of Progress in Energy and an editorial board member of a number of journals including Applied Energy, Applied Sciences and Energy Conversion and Management. 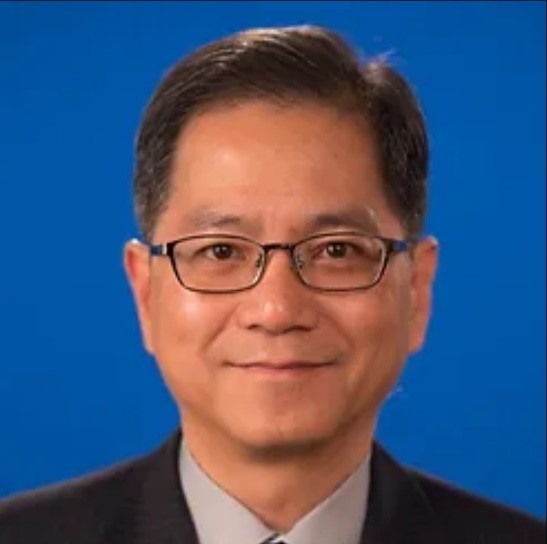 The press release article can be founded in HKU Press release (https://hku.hk/press/press-releases/detail/25056.html )

Despite their popular use today, lithium-ion batteries have the drawbacks of being toxic and expensive, with a global supply shortage of metal. And for decades, researchers have tried to look for alternatives which are more environmental-friendly, safer, and of lower cost.

A team of researchers led by Professor Dennis Leung from the Department of Mechanical Engineering at the University of Hong Kong (HKU) has discovered a new possibility – a rechargeable aqueous battery with a magnesium metal anode. The innovation opens a new direction for the development of post-lithium-ion batteries.

The team’s findings, which were published in ACS Energy Letters, in an article titled “Reversibility of a high-voltage, Cl-assisted, aqueous Mg metal battery enabled by a water-in-salt electrolyte”, bring attention to the overlooked rechargeable aqueous Magnesium (Mg) metal batteries.

Mg makes up over 2% of the earth’s crust, which is more abundant than lithium by 1000 times. For long, Mg metals were considered hard to be used in batteries because of their high reactivity. Mg is passivated when exposed to moisture, forming an impermeable oxidation film that blocks redox reactions. Most researchers study Mg batteries with non-aqueous organic electrolytes, but they are often costly, unstable, and poorly conductive.

Professor Leung maintains that aqueous electrolytes do offer a safe and low-cost solution, despite the challenge posed by magnesium’s sensitivity to moisture. “It would make a promising candidate for low-cost and sustainable batteries if we can unlock the potential of aqueous Mg batteries.”

And that is what his team has discovered. They found that contrary to traditional belief, rechargeability can be achieved in an aqueous Mg battery system. The Mg passivation film can be regulated using an aqueous chloride-based “water-in-salt” electrolyte.

The resulting battery demonstrates excellent rechargeability for over 700 stable cycles with a high discharge plateau of 2.4-2.0 V, which exceeds the cell voltage of other multivalent-ion batteries, including Zn metal and Al metal batteries. Although the voltage is not yet comparable to commercial lithium-ion batteries, its performance could be boosted by further development.

“The battery serves as a proof-of-concept and demonstrates for the first time the long-term cyclability of an aqueous Mg metal battery,” said Professor Leung.